About two weeks ago I showed up to the barn to feed and noticed that my mule had a whitish-blue film covering half of one eye. As horse owners do, I flipped out, had a panic attack, called the vet and starting mourning what I was sure was cancer or moon blindness or something equally horrid. 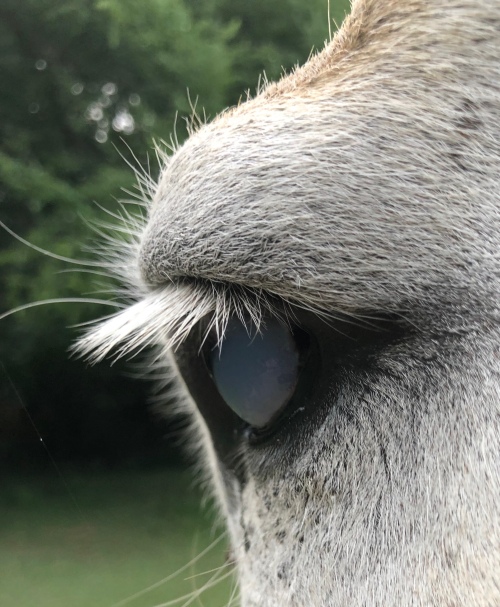 Turns out she had a corneal inflammation, but the mystery was what caused it. The vet recommended triple antibiotic eye ointment first, which would kill a bacterial or fungal infection. We tried that for 5 days, along with sodium chloride,  but nothing changed.

My vet was amazed that she did not seem in any pain whatsoever. The eye wasn’t watering, she wasn’t squinting, and she was acting completely normal. She just looked like a White Walker from Game of Thrones.

We had ruled out a bacterial cause, so that meant it was viral. My vet diagnosed her with Immune Mediated Keratitis, which is basically an overblown immune reaction to a virus in her eye. 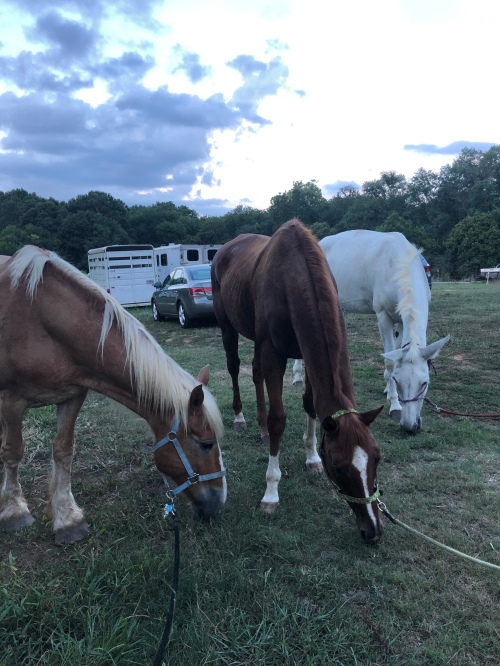 My vet wanted to do a powerful steroid, but if there were any fungus in the eye at all, the steroid would cause it to proliferate, colonize her eye, and end up making her worse, causing her to lose the eye. We went the conservative route in an effort to save her eye.

We tried Neomycin and Polymycin for 5 days, but there was no change. By the 5th day, I could tell that her vision was impaired. She was knocking into things on that side, clearly not able to see them.

I can’t tell you how much that broke my heart. She is such a good-hearted animal and in the last year and a half she has come out of her shell, learned to like people, and been a rock solid trail horse for me. Even more than her steady nature on the trail and her athletic ability, what I love about her is her kind, gentle nature. For people who aren’t around horses, it’s hard to imagine what I mean when I say she’s kind. She is a BIG animal, bigger even than my Belgian draft horse, and she’s powerful. My friends with quarter horses and paints always comment on what a beast she is. But she is gentle as a kitten with children and she takes care of anyone who rides her. 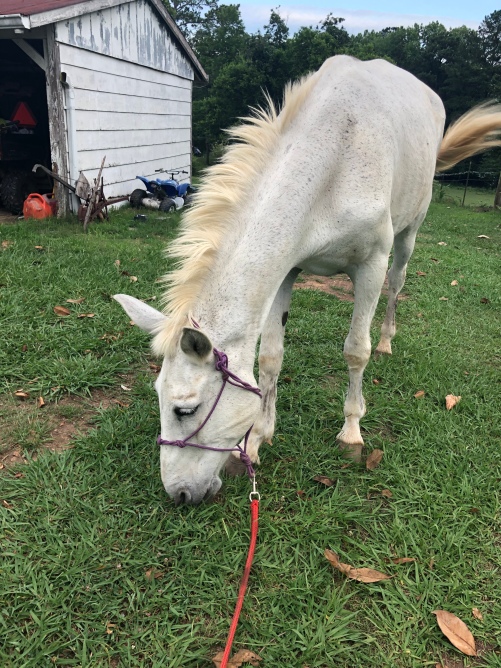 We’re going to try a powerful steroid and pray we can save her eye. If not, the vet will remove it and she’ll adapt to having one eye. I told the vet that I would rather have a one-eyed mule than no mule at all. I’ve known plenty of one-eyed horses over the years and they can be ridden and worked like any other horse. It probably bothers the humans more than the animal. Animals adapt better than we do most of the time. Miss Mule is only 20 and mules typically live well into their 30’s, so she has plenty of good years left. Say a prayer for my mule if you’re the praying type.